5 Steps to Do the Pearson Vue NCLEX Trick


What Exactly Is The Pearson Vue NCLEX Trick?


The Pearson Vue NCLEX trick is a method by which test-takers try to determine if they have passed the NCLEX exam. The trick is used to see if a test candidate has passed the exam before official results are available from the state board of nursing.

How Reliable Is the Pearson Vue NCLEX Trick?


Like all hacks, the Pearson Vue NCLEX results trick may not always be 100% accurate. Some sources suggest good pop-ups, which indicate you passed the NCLEX, are more accurate than bad pop-ups which indicate an unsuccessful NCLEX attempt. Although it can be used to give you an idea of whether you passed the NCLEX exam, keep in mind, the Pearson Vue NCLEX Trick is a hack, and should not be used in place of official results.

How Soon After Taking NCLEX Does the Pearson Vue Trick Work?


Sources vary regarding how long you should wait to try the Pearson Vue NCLEX trick after testing. While some people try the trick within an hour or so after completing the NCLEX exam, giving yourself a two-to-four-hour post-test window seems to be the best. It is essential to give the system enough time to process your test.

How Much Does The Pearson Vue NCLEX Trick Cost?


The PVT trick is an unofficial NCLEX results hack. There is no charge for the trick itself. However, it would help if you kept in mind that part of using the trick is to attempt to re-register for the NCLEX exam. If you use a valid credit card, there is always a possibility of your card being charged for the new NCLEX registration. Not everyone who uses the Pearson Vue NCLEX Trick will be charged, and it appears it is more likely to happen to those who failed their previous attempt at the NCLEX exam.


HOW TO DO THE PEARSON VUE NCLEX TRICK?

(The following are the 5 main steps to do the Pearson Vue NCLEX Trick.)

1. Take the NCLEX and submit it through the Pearson Vue servers.

Naturally, the first thing you need to do before using the Pearson Vue NCLEX trick is to take the NCLEX (National Council Licensure Examination). When you have completed the NCLEX and submitted the exam for scoring, the server may receive your information immediately. However, it can take up to a few hours, depending on your testing location. Watch your email to receive notification that you've completed the NCLEX. (Please note: Your Pearson Vue account must state that delivery of your completed test is complete before you can use the PVT.)

After you log into your Pearson Vue account, follow the on-screen prompts for answering questions. This step is necessary to get back to the page where you will attempt to re-register for the NCLEX.

3. Click on the “register” tab and attempt to re-register for the NCLEX exam.

At this point, you will be asked to enter your credit card information. Some people suggest if you are concerned about your credit card being charged when you may not need to retest, you can try to enter an expiration date that is not valid. Keep in mind. However, this could make using the trick more complicated as your card could be declined for inaccurate information.

Once you have entered the required data to register for the NCLEX, you will be prompted to verify the form.

5. Click on the submit button and see if your registration is accepted.

When you submit the request to retake the NCLEX, you will typically see what people refer to as either a good pop-up or a bad pop-up. If you get a message indicating you have recently scheduled the exam or that another registration cannot be made at this time, that is referred to as a “good pop-up.” When you see a good pop-up, this typically suggests you passed the NCLEX. If the site allows you to re-register, you will receive a pop-up with your registration confirmation. This is what is referred to as a bad pop-up and indicates your previous NCLEX attempt was unsuccessful.


Pros Of the Pearson NCLEX Trick

1. You may find waiting a little less stressful.

The main reason using the Pearson NCLEX trick could be a good idea is that having an idea of whether you were successful on the exam or not can help reduce stress as you await official results from Pearson.

2. You can use the results of the “trick” to determine your next steps.

Depending on whether you get a good pop-up or bad pop-up, you can use the Pearson Vue NCLEX trick to help you decide whether you need to prepare to retest or enjoy the moment anticipating receiving your license. Either way, using the PVT may take a little guesswork out of knowing what to do as you wait.

If you use the PVT, you may find that your likelihood of passing is high and save the money you would otherwise spend on re-registering for the test.

Cons Of the Pearson NCLEX Trick

Perhaps the most distressing thing that could happen if you try the Pearson Vue NCLEX trick is to think you passed the exam and later find out you were unsuccessful. Keep in mind, although you may be given correct information, the Pearson NCLEX trick is not an official or uncontested result. Official results come from the state board of nursing after the NCLEX is scored and results are reported.

2. You may be charged for registering to retake the NCLEX even though you passed.

In most cases, individuals who passed the NCLEX will be given a good pop-up which indicates a passing score. When this occurs, the website will not allow you to re-register for the test, meaning you will not be charged. However, there are occasions when you may be erroneously charged even if you passed the licensure exam. Unfortunately, the National Council of State Boards of Nursing does not issue refunds for NCLEX registration, no matter the circumstance.

3. You still must wait for official results.

Although the Pearson Vue NCLEX trick can give you an idea of whether you passed the licensure exam, you still need official results to be processed before you know if you must retest or if you can get to work as a newly licensed nurse.


If you have taken the NCLEX or are preparing to, it is understandable that you will want to know your results as soon as possible. Perhaps you had previously heard about and wondered how to do the Pearson Vue NCLEX trick. While tricks and hacks may not always be completely accurate, there are some ways to try and get an idea of whether you passed the exam. In this article, you learned the 5 steps to do the Pearson Vue NCLEX trick. Although you must wait for official results to come from the board of nursing in your state, you may find that using this trick gives you some peace of mind about the likelihood of your success on the examination or the need to retest.

1. What Is Pearson Vue Trick Bad Pop Up?

Whether there is a "bad" Pearson Vue Trick pop-up is a source of contention among the Pearson Vue Trick community. Some members of the community believe a bad pop-up exists, while others do not. Generally, a bad pop-up happens when you try to process a new NCLEX registration, and the payment goes through. This indicates that the first NCLEX attempt resulted in a failing grade and that a retest is necessary.

2. What Is Pearson Vue Trick Good Pop Up?

After taking the NCLEX, you can log in to your Pearson Vue account and attempt to pay for the exam again. The Pearson Vue Trick Good Pop-Up is a pop-up window that delivers a message stating you have recently scheduled this exam and that another registration is not possible at this time. When this occurs, it usually indicates the first NCLEX attempt resulted in a passing grade. Therefore, a retest is not required.

3. Can You Get the Pearson Vue Good Pop Up and Still Fail?

Unfortunately, the only way to know for sure if you have passed the NCLEX is to wait for your official results. Although it does not always happen, the Pearson Vue trick can give you a good pop-up even if you failed the NCLEX exam.

4. Is It Possible for The Pearson Vue Trick to Fail and Still Pass NCLEX?

Because the Pearson Vue NCLEX trick is not 100% accurate, it is possible for the trick to indicate you failed the NCLEX and later receive an official passing result. Therefore, if you use the PVT and get a bad pop-up, you need to wait for your final results which will be available within six weeks from the date you took the NCLEX.

5. Pearson Vue Trick Says "Results On Hold," What Does This Mean?

If you have taken the NCLEX test, but the results are not yet available, you can get a "results on hold" message when you attempt to use the Pearson Vue Trick. Getting this message is not a definite indication of either a passing or failing grade on the NCLEX. It simply means the results are not yet finalized. When this happens, the Pearson Vue NCLEX trick will not work, and you will have to wait until the holding period is lifted before you can try the PVT.

6. What Does “Payment Got Declined” Mean When Trying to Do the Pearson Vue Trick?

It is likely that Pearson Vue designed its website to decline payment processing for people who have already taken and passed the NCLEX.

7. Pearson Vue Trick Credit Card Declined, What Does This Mean?

If you are attempting to use the Pearson Vue Trick and get a message that your credit card is declined, it could mean one of two things:

1. Either your credit card is invalid, does not have enough funds, or was entered correctly; or
2. the Pearson website declined to process your attempted payment either because you have taken and passed the NCLEX or because there is a hold on your current results.

8. Does The Pearson Vue Trick Work on Weekends?

The Pearson Vue trick is a computer-driven solution that does not require humans to process. All that is needed is a reliable internet connection between the testing center and the Pearson Vue servers. Since the internet and servers can remain active seven days a week and no human interaction is needed to verify results, the PVT can work as well on weekends as it does on regular weekdays. 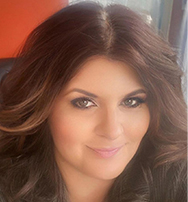 Darby Faubion BSN, RN
Darby Faubion is a nurse and Allied Health educator with over twenty years of experience. She has assisted in developing curriculum for nursing programs and has instructed students at both community college and university levels. Because of her love of nursing education, Darby became a test-taking strategist and NCLEX prep coach and assists nursing graduates across the United States who are preparing to take the National Council Licensure Examination (NCLEX).