MSN-FNP vs. DNP-FNP: Which FNP Degree is Better?

Choosing between an MSN-FNP vs DNP-FNP can seem like an impossible decision. The best news? When you complete each degree, you have a Family Nurse Practitioner (FNP) certification to show for it.

With health care reform in the United States, there are more leadership roles for nurses and advanced practice nurses. There is an incredible need for FNPs. As the baby boomers age, they experience more chronic conditions, and health care needs as a whole are increasing.

There are so many benefits to becoming an FNP. But what are the differences between MSN-FNP and DNP-FNP? There are pros and cons to pursuing a master of science in nursing (MSN) versus a doctorate of nursing practice (DNP) when becoming an FNP. However, each student’s path varies tremendously. This article will cover how to become an MSN-FNP and DNP-FNP, the strengths for each track, and what the job entails.

The program outcome is, in some ways, the same for both. Both programs prepare you to work in primary care for individuals and families across the United States. The MSN builds upon your existing undergraduate nursing education and experiences to empower you to excel as an NP.

The DNP-FNP goes a step further by integrating leadership, policy, and educational theories. The DNP-FNP can be taken by a bachelor’s prepared RN who wishes to achieve their DNP and FNP simultaneously. However, the DNP-FNP can also be taken by a master’s qualified nurse who is not yet an advanced practice nurse. The DNP-FNP will complete the program with a terminal degree.


The program length for a DNP-FNP is much longer than an MSN-FNP. However, the path to either MSN-FNP or DNP-FNP varies depending on one’s starting degree and background.

However, these financial figures are comparing a variety of different programs. For example, to compare similar programs, look at the BSN to MSN-FNP and the BSN to DNP-FNP. Those who already obtained their BSN and are obtaining their:


The initial coursework of both the MSN-FNP and the DNP-FNP is the same. Both programs include the following courses:

However, the DNP-FNP stands apart from the MSN-FNP because it features advanced theoretical and clinical training to meet the American Association of Colleges of Nursing’s Essentials of Doctoral Education for Advanced Nurse Practice core competencies. When it comes to choosing between the MSN-FNP or DNP-FNP, you must consider the additional advanced coursework related to obtaining a doctorate. While the doctorate has many benefits, it requires more of your time and energy.


Clinical hours are the hands-on encounters that nursing professionals experience to prepare them for the realities of their jobs. The MSN-FNP program’s clinical requirements vary by institution and specialty but require between 200 and 600 clinical hours before graduation. The American Association of Colleges of Nurses requires that DNP-FNP graduates have a minimum of 1,000 clinical hours. When choosing between the MSN-FNP or DNP-FNP, know that the DNP-FNP requires significantly more clinical hours.


Getting into nursing school is never easy. However, when evaluating the difference between MSN-FNP and DNP-FNP programs, the admission requirements are similar. Those who wish to enter the MSN-FNP should meet the following:

● An earned bachelor’s degree in nursing (or associate’s degree and non-nursing bachelor’s degree) from an accredited institution
● Final cumulative grade point average of 3.0 or higher
● Unencumbered licensure as an RN
● Some universities require the GRE or GMAT
● Undergraduate transcripts
● Letter of intent or personal statement
● References and CV

● An earned bachelor’s degree in nursing (or associate’s degree and non-nursing bachelor’s degree) from an accredited institution
● Final cumulative grade point average of 3.0 or higher
● Unencumbered licensure as an RN
● Some universities require the GRE or GMAT
● Undergraduate transcripts
● Letter of intent or personal statement
● References and CV

Those who wish to enter the MSN to DNP-FNP should meet the following:

● An earned master’s degree in nursing
● Final cumulative grade point average of 3.0 or higher
● Unencumbered licensure as an RN
● Transcripts from all programs
● Letter of intent or personal statement
● References and CV

MSN-FNP vs. DNP-FNP: Can you Pursue it Online or Part-Time?

Online schooling is becoming more popular. Some nurses are unable to attend a brick and mortar university. Luckily, both the MSN-FNP and DNP-FNP come with the option to take the didactic classes virtually due to cutting edge technology and a push for online education.

How to Fund Your Degree?


Whether you choose MSN-FNP or DNP-FNP, attending graduate school is a costly endeavor. The first step is seeking federal student loans. You can apply for student loans from the free application for federal student aid (FAFSA). Graduate students are eligible for several different types of loans:


Federal loans are typically at a higher interest rate than private loans, but they are easier to get and qualify for deferral until you are out of school. Federal student loans also offer a variety of repayment options. Private loans are based on your credit and may require you to pay them back while still in school. You can also check with your university’s financial aid department to see any additional options or scholarships.


MSN-FNP and DNP-FNP perform many of the same duties as long as they are working in the scope of an FNP. Both MSN-FNPs and DNP-FNPs:

However, a DNP-FNP also qualifies these professionals to work in upper management or work as a university professor. In those cases, the job duties will be different and focus on administrative and executive leadership.

MSN-FNP vs. DNP-FNP: What Career Specialization Options are Available?


While FNPs of both types can specialize, more than 40% of FNPs provide primary care.

MSN-FNP vs. DNP-FNP: Where Do They Work after Graduating?


Whether you are an MSN-FNP or DNP-FNP, you can work for independent practice, health system owned practice, or the hospital itself. MSN-FNPs and DNP-FNPs work in the following settings:


Both MSN-FNP and DNP-FNP have the potential to work a standard 9 to 5 workweek. However, those who work in a clinic typically work the regular, 40-hour workweek. The specific hours depend on the specialty and type of practice. Shifts can last between eight to 24 hours. Typically, hospital shifts are longer but require only two to four per week.


The difference between MSN-FNP and DNP-FNP job satisfaction and job stress is primarily related to the type of job the individual is working in. Job stress tremendously affects job satisfaction. Job stress is affected by an FNP’s autonomy, communication with peers and supervisors, locus of control, professionalism, the stress in the environment, recognition, and experience. However, the U.S. News & World Report rated NPs fourth in the ranking of best jobs for 2018 due to high demand and salary. Because MSN-FNP and DNP-FNP may work closely with clients, students, or research subjects, their stress and satisfaction level may vary tremendously.


Whether you choose MSN-FNP or DNP-FNP, the overall job outlook of advanced practice nurses is projected to grow a whopping 52 percent, much faster than the average of other occupations. Each year for the next ten years, NPs can look forward to 24,200 openings in the United States. In the decade between 2019 and 2029, there will be approximately 110,700 more NPs. While both degrees qualify you for the job, DNP-FNPs are even more sought after.


When comparing the MSN-FNP vs DNP-FNP salary, the average annual pay is fairly similar. Despite their time and cost of further education, DNP-FNPs make slightly more money.


Salary by Level of Experience


Committing to higher education is challenging enough, but deciding between an MSN-FNP vs DNP-FNP can be overwhelming. Regardless of your preference, becoming an FNP is a noble profession. Whether you receive a master’s degree or pursue a terminal degree, you will certainly make a difference to your clients. 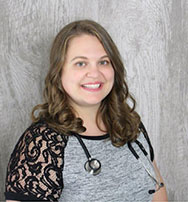 Caitlin Goodwin DNP, CNM, RN
Caitlin Goodwin is a Certified Nurse-Midwife who has been a nurse for 12 years, primarily in women’s health. She is passionate about caring for children with developmental disabilities, as her son has Autism Spectrum Disorder. She is currently working as a freelance writer and consultant and is passionate about advocating for her patients, students, and profession.