How Much Money Do You Need To Make To Be Considered Rich in America?


Rich is a subjective term, with everyone having a different view of what it takes to be wealthy in the US. In a 2019 Charles Schwab survey on wealth, it is reported that it takes approximately $2.3 million dollars in net worth to be considered rich in America. However, for those raised in poverty, a much lower amount such as $100,000 can seem like a lot of money, qualifying them to feel rich. On the flip side, individuals who have enjoyed a wealthy lifestyle and have many expenditures may think that the quoted $2.3 million is not enough to be considered rich and strive for a much higher figure to propel them into a comfort level to prosper.

How Much Do Nurse Practitioners Make And Can They Be Called Rich?


Are Nurse Practitioners Rich Compared To Other Nursing Professionals?


As you can see from the chart below, nurse practitioners are rich compared to non-advanced practice nurses such as RNs and nurse instructors. With an average annual salary of $114,510, a nurse practitioner makes substantially more than a registered nurse who makes $80,010 on average per year.

Although nurse instructors have advanced degrees in nursing, nurse educators, unfortunately, lag behind considerably in pay, making only $84,060 per year.

So, if looking for a nursing career that makes the most money, a nurse anesthetist who commands an average yearly salary of $189,190 is clearly the most lucrative occupation to pursue.


Are Nurse Practitioners Rich Compared To Other Medical Professionals?


When evaluating whether or not nurse practitioners are rich compared to other medical professionals, I have to say that they are not wealthy compared to physicians, dentists, and podiatrists who have an average salary between $186,300 and $217,100 (see chart below). Nurse practitioners in this category make a midrange salary of $114,510 on average annually, similar to that of a physician assistant.

The exception to this theory is the profession of a veterinarian who makes only $108,359 per year on average. Perhaps, we can say that medical professions that treat humans make more money than veterinarians, possibly due to the widely available insurance compensation for services for human medical services. Whereas the majority of vet fees are paid out of pocket for medical treatment of pets, therefore necessitating lower costs.


How Rich Are Nurse Practitioners Compared To All Other Occupations In Your State?


When comparing nurse practitioner wages to all other occupations, NPs clearly make a considerably higher wage. This is great news for nurse practitioners and nurses considering a career as an NP! The chart below outlines the comparison of NP salaries to all occupations according to state. This information is a very interesting comparison as some states show a considerable wage differential between NP and other occupations.

One example is Mississippi, where NPs make a fairly average salary for a nurse practitioner of $109,555 but the average of all other occupations in that state are meager at $41,600. This analysis gives an NP a 163.34% edge in salary over the rest of the state! So, are nurse practitioners rich in Mississippi? I think that Mississippians would say “yes” to that question based on the scant average income of all other occupants in the state.

According to the included chart, my average annual salary is 106.78% higher than all the other occupations' annual average wage in my home state of Pennsylvania. That’s a good wage compared to my fellow Pennsylvanians. How would you make out in your state?


Where Do The Richest Nurse Practitioners Work & Live? – Let’s Find Out

What Are The 10 Specialties Where The Richest Nurse Practitioners Work?

A look at any job board will reveal that Psychiatric Mental Health Nurse Practitioners are very much in demand at present. With suicide and depression ever-increasing, a psychiatric nurse practitioner may command an even higher wage than the average annual salary of $129,830 listed.

Although all NPs enjoy a higher-than-average salary, amongst the top 10 highest-paid, neonatal nurse practitioners retain the lowest wage of $110,249, as listed on the chart below, possibly due to the smaller population treated by this type of NP. For example, there is undoubtedly a higher population of patients seeking a mental health NP than infants needing a neonatal acute care NP.

Thus, supply and demand may derive current market wages for NPs according to the needs of their specialty area. Therefore, if you are considering what sub-specialty of NP careers to choose from and high salary is a consideration, cardiology and psychiatric nurse practitioners would be a lucrative career choice along with oncology, gerontology, and pediatric specialties as these NP types are in demand.


What Are The 5 Industries Where The Richest Nurse Practitioners Work?

The next industry in line for top salaries for NPs is that of religious organizations. Once again, a surprising fact based on most churches, monasteries, and missions are not entirely profit-based but instead lean more towards social service as a priority. Nurse practitioners who work for religious organizations earn a salary of $131,710 which is higher than the national average for NPs yearly. With large profitable entities such as the Church of Latter-Day Saints and Salvation Army topping the religious organization list, NPs enjoy a healthy wage by working for this category of employers.

It is eye-opening that hospitals are nowhere on the top 5 list below for highest paying industries for NPs. The closest typical medical sector where you may think nurses work and earn a high wage on the list is outpatient care centers which come in at #5.

An outpatient care center may be one of the following:


This chart plainly reveals that the richest nurse practitioners work in the human social advocacy and religious industries.


What Are The 10 States Where The Richest Nurse Practitioners Work?

The costliest state to reside in, Hawaii, pays nurse practitioners a salary of $118,780 per year, which is only slightly higher than the national average for NPs. It appears that it may not be as lucrative to practice as an NP in Hawaii as in some other states if you balance the salary vs. the cost of living.


What Are The 10 Metros Where The Richest Nurse Practitioners Work?

Once again, California dominates the statistics pointing out the metros where the richest nurse practitioners work. As you can see from this chart of the top 10 metros for the highest NP wages, 9 out of the 10 top metros listed are in California. Vallejo-Fairfield, CA boasts the highest NP salary of $188,070 on average annually.

In addition to a high cost of living in CA necessitating higher wages to draw NPs, several other possible factors come to light. One assumption is that California appreciates its nursing staff better than many other states. A strong nurses union in CA has advocated for lower nurse-patient ratios, safer nursing staff conditions, and competitive wages. Nurse practitioners benefit from these changes as staff satisfaction and improved work conditions trickle over to the advanced practice nurses. In addition, higher RN wages necessitate increased salaries for advanced practice nurses such as nurse practitioners.

Secondly, nurse practitioners are in high demand in California. It goes to show that supply and demand for NPs also drive up wages.

The lone metro on this top 10 list not hailing from CA is New Bedford, MA. Nurse practitioners employed in New Bedford, MA rank #7 on the top 10 metro list for top salaries for NPs, making an average salary of $147,510 annually. In fact, USA Wage National Survey for 2020, names nurse practitioners as the 2nd highest wage earner listed for this area.

Perhaps this lofty compensation is due to the higher cost of living in this area. In addition, NPs in MA have full practice authority, allowing them to utilize all of their potential as a nurse practitioner. These increased options heighten the demand for NP services. Thus, NPs in New Bedford can own or manage medical practices such as men’s health and testosterone clinics, infusion therapy services and aesthetic clinics, all of which are higher-paying specialty areas for NPs.


Due to my diverse and extensive career as a nurse and nurse practitioner, I’d say that I am one of the richest nurse practitioners. My definition of rich may be different than that of others who are looking at monetary wealth alone. I consider myself rich as I have had the ability in my practice to make a very comfortable wage while living in a relatively low cost of living area. In addition, the ability to easily change positions in my career to suit my financial and lifestyle needs due to the high demand for my nursing specialty has given me great job satisfaction and confidence as a practitioner. All of these factors contribute to the sense that I am indeed one of the richest nurse practitioners.

1. Where Do The Richest Nurse Practitioners Live?

With an average annual salary of $145,970 California is home to the richest nurse practitioners in the U.S.

2. Which States Can Nurse Practitioners Work In That Have The Lowest Cost Of Living?

3. Which States In The Southeast Pay The Most For Nurse Practitioners?

4. Which State In The Midwest Pays The Most For Nurse Practitioners?

In the Midwest, Minnesota pays its nurse practitioners the highest compensation with a salary of $118,900 annually.

5. Besides California, Which State In The Southwest Region Pays The Most For Nurse Practitioners? 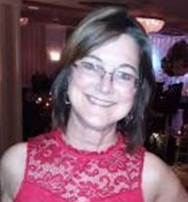 Donna Reese MSN, RN, CSN
Donna Reese is a freelance nurse health content writer with 37 years nursing experience. She has worked as a Family Nurse Practitioner in her local community clinic and as an RN in home health, rehabilitation, hospital, and school nursing.